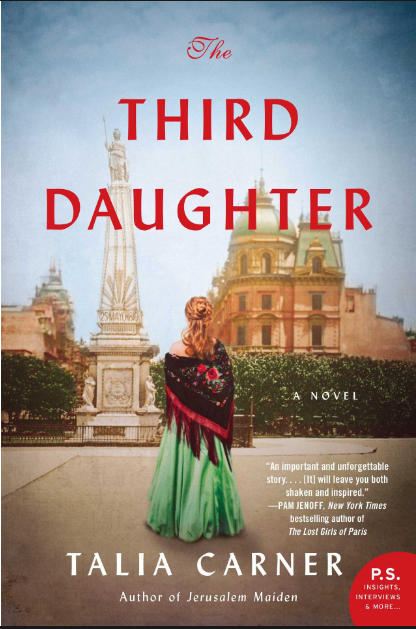 Talia Carner is a longtime global activist on women’s economic and health issues, and also a longtime multi award winning writer. I learned so much after speaking with her about Sholem Aleichem, The Third Daughter, and sex trafficking. We also get a sneak peek at her upcoming novel.

You can support Talia, independent book stores, and AJL by buying her books.

Check out her website especially the translation of the “Man from Buenos Aires” by Sholem Aleichem, which was one of the inspirations for the Third Daughter.

Talia also has resources to Take Action Against Trafficking.

Read about the Boats of Cherbourg, the setting for her upcoming novel.

If you enjoyed this podcast, you might also like the AJL sister podcast, The Book of Life, a podcast about Jewish kidlit, mostly.

Nice Jewish Books dances with the Book of Life

A Deathbed Confession reveals My Mother’s Secret. A conversation with Alina Adams